According to the Sports & Fitness Industry Association, pickleball currently has 2.8 million players and is possibly the fastest growing sport in the United States. StoneRidge has more pickleball courts than any other community in Idaho, Montana, or Wyoming. Built in 2014 to meet growing demand, our six championship courts are located next to the 16th hole on the golf course.

StoneRidge is the only RV Resort in the United States with both an 18 hole championship golf course and 6 state-of-the art pickleball courts. 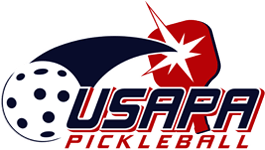